We stir the data-pile a bit more this time around. We start with the question - does a certain portion of the population avoid inauspicious days through appropriately chosen C-Section slots?

I did some digging and it’s pretty hard to map out all the inauspicious times over 2012-15. In any case we don’t have time stamps just birth dates. So the two possible things we could check for are whether certain:

are being materially under-represented. 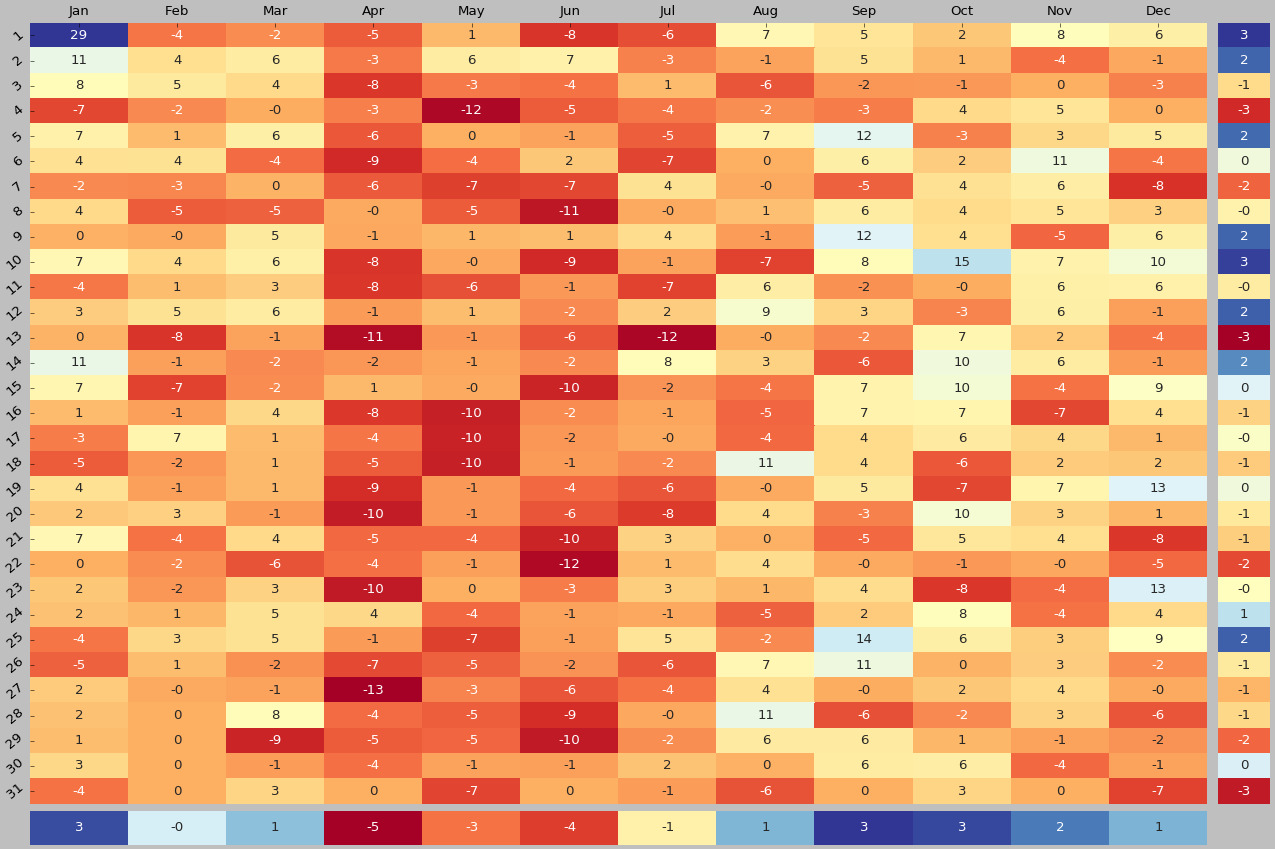 Every date on average should see ~0.27% (1/365) of births for the year. Each number denotes deviation from average in basis points. i.e for instance Jan 1 sees 0.29% more births i.e more than double what is to be expected.

a. 1 & 2nd Jan seem vastly over-represented - I first considered dropping 01Jan presuming this was owing to typos in the original data but it doesn’t seem to be the case

c. Apr, May and Jun are under-represented - this is presumably owing to parents “blue-shirting” their kids and securing admissions in Noida and Gurgaon unwilling to let their children “waste” a year risking Delhi school admissions - these children would then not apply to Delhi schools this year biasing the dataset.

Days of the Week: 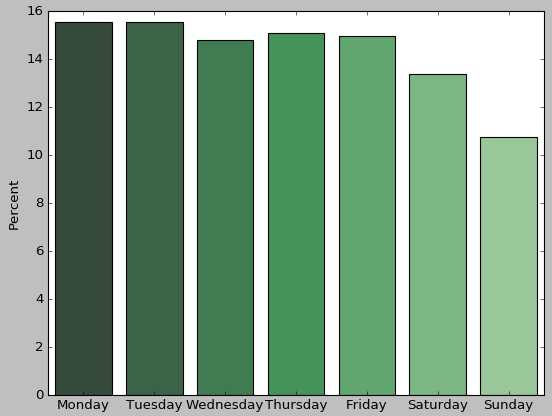 Surprisingly good old fashioned sanity seems to prevail here - no one wants to hit an understaffed hospital on a Saturday or a Sunday if they an avoid it. Instead there is a spill-over effect into the front half of the following week and to some extent Thu & Fri.

The anticipated Tuesday drop is non-existent.