A recent article about Indo Anglians was doing the rounds on my FB feed. This piece, in turn, references an older piece about First World Yoga Names. I needed little else to be inspired to poke around with the DoE dataset which lists roughly 78,000 unique individuals of the 2013-2015 year of birth cohort (I could tell you how many boys and girls but that’s a topic for a whole other post in itself) and roughly 2x that number of parents, all residents of NCR.

This allows one to explore the drift in popularity of first names a single generation.

I start by presenting the most popular first names in the parents cohort in descending order of frequency:

A little more than 2.5% of the nearly 80k adult men in the dataset were named Amit with Deepak coming in at a distant second. 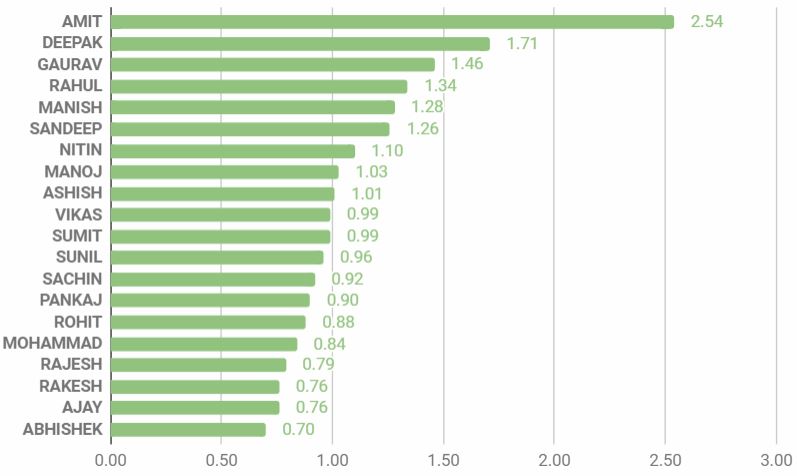 Neha leads but doesn’t dominate quite the way Amit does with the men followed by Pooja, Priyanka, Jyoti and Preeti 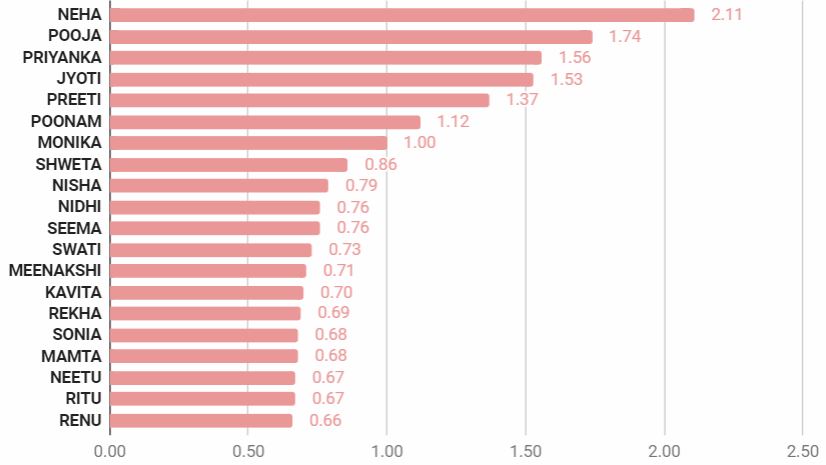 Right, so what do Amit and Pooja name their kids then? Do the girls get named Kaira, Shyra and Shanaya as the article purports? And do the boys end up being Adi, Sid and Kabir?

The winner by a mile here is some variation of Aaradhya/Aradhya/Aradya followed by Aadhya/Aadya. Taimur and Misha might be paparazzi favourites today but before them came Aaradhya Bachchan to inspire thousands of young parents. IMO the rest of the list is not as FWGN as you’d expect but I leave it to your judgement. 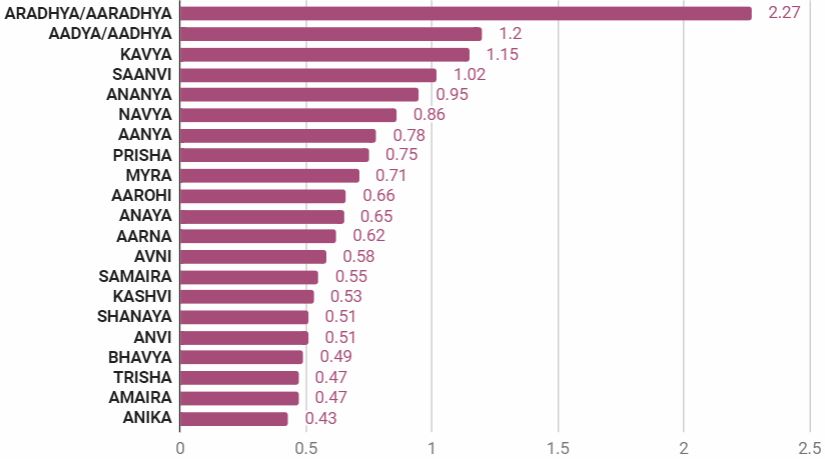 Without a doubt Aarav is the Amit of this generation. Also note the dominance of “VI” names which I hope to explore further in a subsequent post. 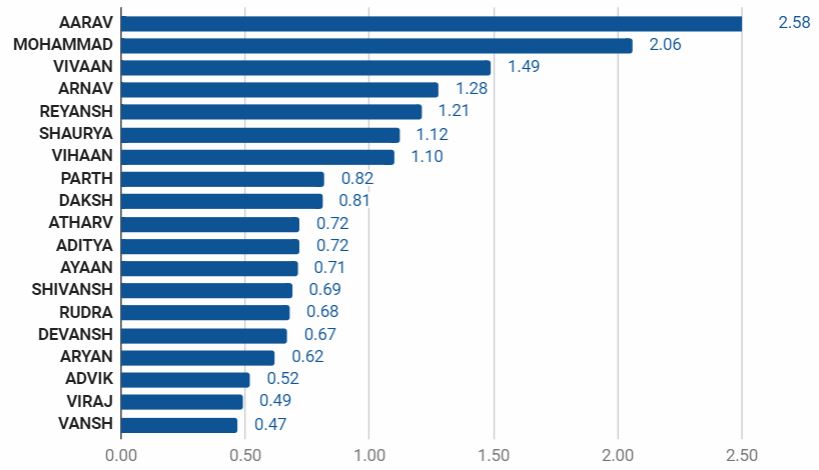 That’s all for today folks. More when I find the time…